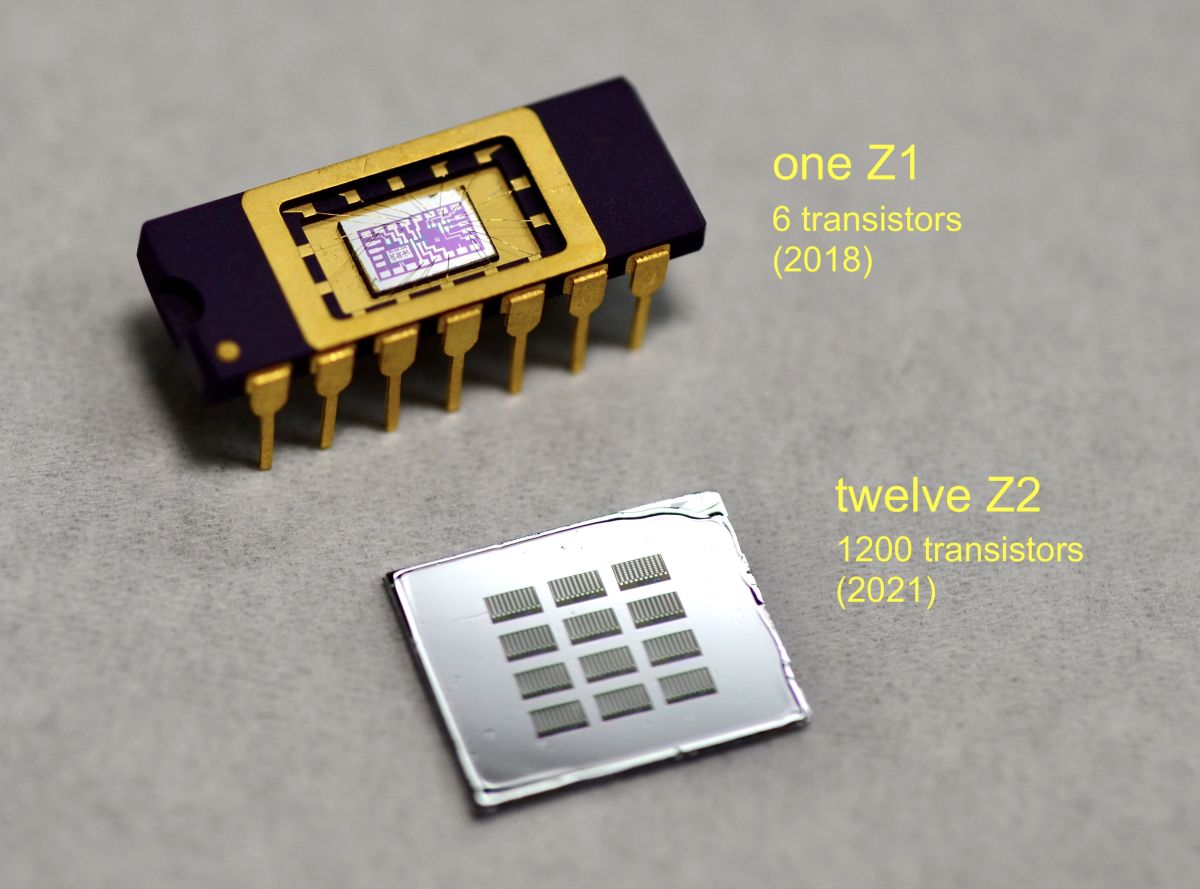 If you thought it was impossible to build homemade computer chips, you would be wrong. Sam Zeloof has just made his second homemade silicone integrated circuit comprising 1200 transistors, using the same techniques as Intel with its first processors in the 1970s.

Zeloof’s story is quite impressive: Fe started building his first chip in 2018 called the Z1, using a 5 micron PMOS process. He started building the chip in high school and acquired all the information and machines needed to build the chips right from home.

Now, in 2021, Zeloof created his second computer, chip called the Z2. This chip is an order of magnitude larger than the Z1, with 1200 transistors on a single chip compared to only six on the Z1.

The Z2 is also much more efficient compared to Zeloof’s first design. By switching from a metal gate process to a polysilicon gate process, it was able to reduce the required input voltage of the chip from 10V to just 1V, thus significantly reducing power consumption.

For comparison, Intel’s 4004 processor had 2,200 transistors, while the Z2 has 1,200 and is built on the same process. What took an entire business in the 1970s is now done by one person in their own home.

Its rate of return is not perfect, which one would expect from a home laboratory. Of the twelve Z2s he built, only one is fully functional, the rest at around 80% functionality. So there are still more tweaks and optimizations to do.

Zeloof has shown that with the right amount of knowledge, it is possible to build your own integrated circuits right from home that can compete with the best – at least the best of the 1970s.

Don’t expect any of Zeloof’s chips to land on our list of the best processors anytime soon. But we can’t wait to see what he can do after the Z2.