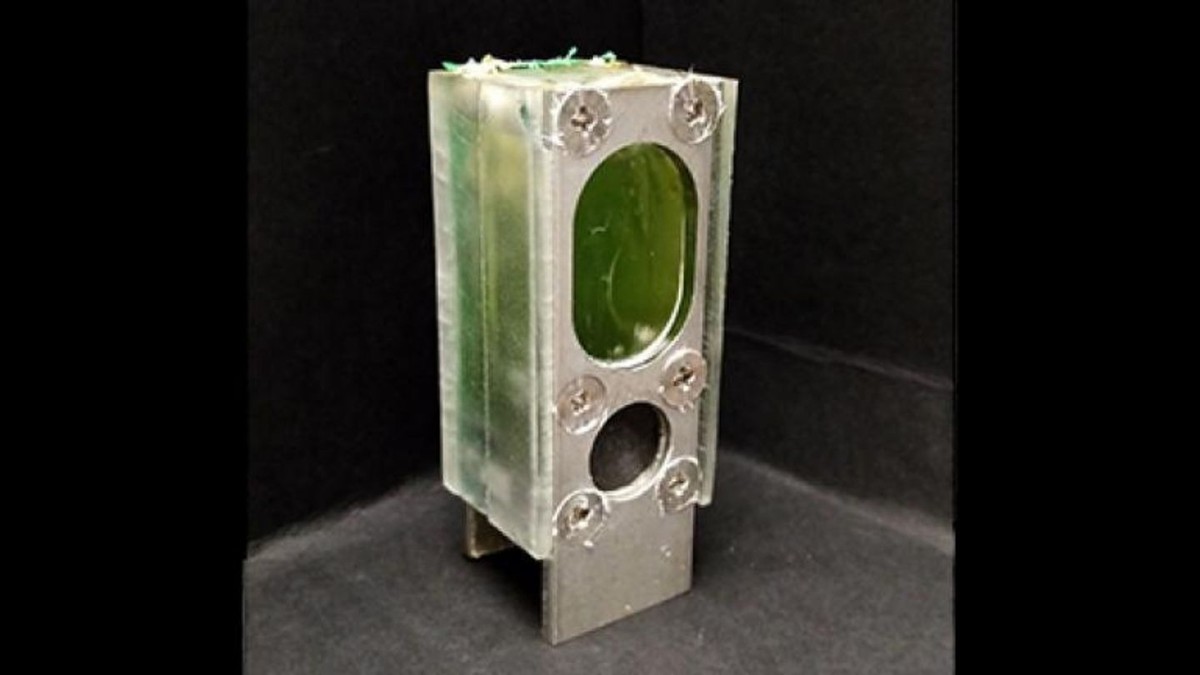 A team of researchers in the UK powered a microprocessor continuously for a year using only blue-green algae, light and water.

Detailed in a article published Thursday in the peer-reviewed journal Energy and Environmental Sciences, a group from the University of Cambridge has created a photovoltaic cell that generates electric current using biological materials. Comparable in size to an AA battery, the cell is made primarily of recyclable materials and does not require the use of any rare earth elements such as lithium.

“Batteries are largely based on expensive and unsustainable materials,” the researchers write. “Existing energy harvesters last longer but can have adverse effects on the environment.”

Instead, the device they created harvests energy from the sun through photosynthesis, generating a current that interacts with an aluminum electrode that can then be used to power microprocessors: in this case, they have it plugged into an Arm Cortex M0+ that had been running for six months before the researchers submitted their findings for publication. This is remarkable, as this small, power-efficient chip is often found in internet-connected devices.

Meanwhile, the researchers tested the photovoltaic cell under home and semi-outdoor conditions amidst natural light and temperature fluctuations, and the device remained powered the entire time.

“We were impressed with the consistency of the system over a long period of time,” said Dr Paolo Bombelli, postdoctoral researcher in the University of Cambridge’s Department of Biochemistry and first author of the paper. said in a press release. “We thought it might stop after a few weeks, but it continued.”

Although light is a key ingredient in photosynthesis, the cell continued to function even at night, which the researchers say is a function of the algae continuing to process their food even when there is no light. from light.

The researchers hope that the device could reduce the pressure on lithium-ion batteries as an energy storage savior in the transition to renewable energy: their battery does not require the mining of rare minerals, does not present the same risks inherent in using volatile elements, and can, in fact, generate energy, rather than simply store it.

“Our photosynthetic apparatus doesn’t discharge like a battery, because it continually uses light as its energy source,” said Christopher Howe, professor of biochemistry at the University of Cambridge and co-author of the paper. “The growing Internet of Things needs an increasing amount of energy, and we believe this will need to come from systems that can generate energy, rather than just store it.”

Bombelli told Motherboard he hopes to see the cell used in small off-grid or remote devices. But first, he must replicate it “hundreds, if not thousands” of times in different systems to better grasp its flaws.

“In my futuristic vision, I might foresee more plausibility to have algae-powered charging stations for cell phones located in remote locations,” he said. “If algae systems could be used to power small electronics located off-grid, it could become part of our energy portfolio.”