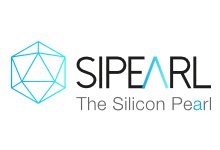 Maisons-Laffitte (France), May 29, 2022 – SiPearl, the company that designs the high-performance, low-power microprocessor for European exascale supercomputers, has entered into a strategic collaboration agreement with NVIDIA for joint technical and commercial developments aimed at combining the two companies’ portfolio of hardware and software solutions.

NVIDIA and SiPearl will develop a proxy platform for porting activities and SVE workload analysis combining the strengths of SiPearl processor (like HBM memory) and NVIDIA GPU (including massive parallelism and throughput) . The collaboration will include joint efforts with third-party European research institutes on things like SoC and NoC simulation capabilities in open-source, research-driven modeling tools.

On the software side, the two companies will accelerate the development and growth of the Arm HPC ecosystem in close collaboration with several European centers of excellence. On the hardware side, SiPearl and NVIDIA will work together to ensure that NVIDIA’s accelerated computing and networking portfolio continues to work seamlessly with SiPearl “Rhea” and future processors.

This collaboration with NVIDIA will expand the ecosystem of acceleration solutions provided in combination with SiPearl HPC microprocessors. With this partnership, SiPearl expands its portfolio of partner acceleration solutions. The objective is to offer the best combinations to perfectly meet the application needs of the European HPC community in the strategic fields of academia, artificial intelligence, health, climate, energy, engineering, geology and government.

“We are delighted with this collaboration between SiPearl and NVIDIA. It holds great potential for the European supercomputing space, the ARM ecosystem and accelerated computing,” says Dr. Thomas Lippert, Director of the Jülich Supercomputing Centre.

“As the European leader in HPC and AI, we are delighted to see SiPearl working with NVIDIA to deliver optimized ARM-based compute and AI solutions, as well as future exascale designs, to the HPC ecosystem. local,” said Emmanuel le Roux, Global SVP, Head of HPC AI & Quantum, Atos.

“We welcome this collaboration with the world’s #1 GPU supplier for HPC, NVIDIA. This partnership will significantly enrich our joint offering of our HPC microprocessors with partner acceleration solutions, providing choice for European supercomputer end users,” said Philippe Notton, CEO and Founder of SiPearl.

“HPC research has the potential to transform society through beneficial discoveries,” said Marc Hamilton, vice president of solution architecture and engineering at NVIDIA. “NVIDIA is collaborating with SiPearl, a leading innovator using Arm-based processors to integrate NVIDIA Accelerated Computing and equip HPC researchers with the extreme performance demanded by next-generation applications to power these discoveries.”

The company works closely with its 27 partners in the European Processor Initiative (EPI) consortium – big names in the scientific community, supercomputing centers and industry – who are its stakeholders, future customers and end users.